The Position of Woman in the Religious Structures of Various Traditions 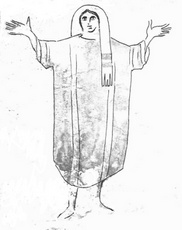 the organiser: Centre for Comparative Studies of Civilisations

What is the position of woman in particular cultural traditions? What are the prospects of the change in the role of woman in more or less conservative societies? Is there any chance that the pope will make woman a cardinal? Can a woman become the next Dalai Lama?

These questions were addressed by the Centre's researchers and their guests during two panel sessions. All the major religious traditions of the world were acknowledged, from Christianity, through Buddhism, Judaism and Islam to Hinduism. Moreover, the considerations included such phenomena as female shamanism and theosophy. The main purpose of the panel was to define the role of woman in both strongly and weakly structured religions. The speakers reflected on the issue of historical circumstances, while focusing on their influence on the contemporary reality, and aimed at surpassing the framework of the previous discussions on the role of woman in the society, religion and culture. The panel was concluded by a debate whose purpose was to outline the perspectives for possible changes.

The panel is opened for the public (free admittance) and shall be conducted in Polish.